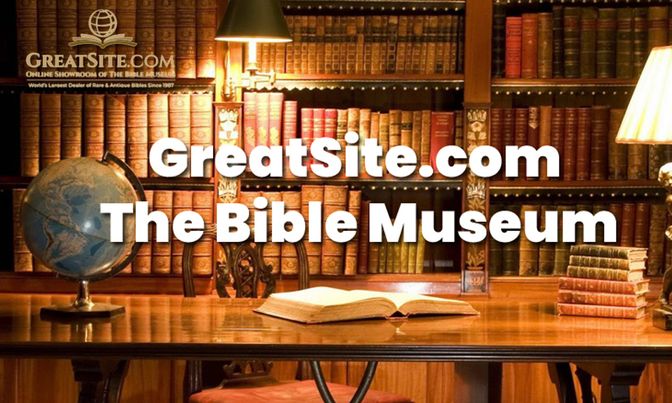 Religious leaders, who had to flee to Geneva, Switzerland, from England due to Queen Mary’s bloody reign, were instrumental in publishing the 1560 Geneva Bible. If you are looking for a facsimile of the 1560 Geneva Bible for sale, knowing a few things about it will help you decide if the copy up for sale is really what it’s meant to be.

The Geneva Bible was a colossal accomplishment in the history of Protestant Bible translation. It was the work of religious leaders in a time of political and religious upheaval. It was the first Bible in English that had the scriptures divided into numbered verses.

All through the 16th and 17th centuries, it was the most influential and widely read English Bible that helped promote scripture literacy among England’s common people. For the first time, this Bible offered “study resources” in the form of margin notes from the translators, which made it easier for common people to understand the Bible. The marginal notes that included around 300,000 words (almost one-third of the text) were the primary reason for the Geneva Bible’s popularity.

In his plays, Shakespeare quoted the Geneva Bible over 5,000 times. The images in this Bible were painstakingly produced by hand-created woodcuts. If you plan to buy a facsimile of this ancient Bible, it will pay to know certain details about it. These will help you understand the significance of the Geneva Bible for sale and even check if the copy on offer is really a replica of the original.

How It All Began for the 1560 Geneva Bible

During Queen Mary’s bloody reign, where she persecuted her Protestant subjects, several Protestant leaders had to flee England to avoid execution or imprisonment. Switzerland’s Geneva soon emerged as the destination for Protestant biblical scholarship. A group of Protestant leaders gathered in Geneva and decided to start work on a fresh translation of the scriptures into English. This was how the 1560 Geneva Bible came into existence.

It’s also believed that this was the first Bible the earliest colonists probably brought to America, as they fled the Anglican Church’s religious oppression and wanted nothing to do with the KJV (King James Bible).

What Makes the 1560 Geneva Bible Special?

Many people who plan to buy the facsimile of the 1560 Geneva Bible for sale are driven by the multiple, never-before-seen changes in the original Bible that were pretty radical. As mentioned before, it was the first English Bible that had numbered verses added to every chapter of the scripture. Apart from the division of the text into numbered verses, it also included cross references.

For the first time, the Geneva Bible introduced the user-friendly “Roman Style Typeface” instead of the “Gothic Blackletter Style Typeface” that earlier Bibles used exclusively. Another innovation was its extensive textual and explanatory commentary notes positioned in the margins. It also used italics for words that weren’t in the original languages and displayed phrases/words at the head of pages to encourage scripture memorization. All these “study” features helped the common people and even the church leaders to deepen their knowledge of the Bible.

Among some other features that made this Bible revolutionary and its facsimiles quite valuable include more than 30 woodcuts and maps depicting biblical scenes, including labeled illustrations of the Tabernacle, Ark of the Covenant, and more. The 1560 Geneva Bible also comes with the Apocrypha (similar to most Bibles that were printed prior to 1800).

The Geneva Bible is the solitary Bible that outsold and exceeded the fame of the King James Bible in the early 1600s. It continued its popular run until 1644 when its printing stopped. It’s ironic that Protestants everywhere embrace the King James Version today (that reads 90% the same as the Geneva Bible), even though the KJV isn’t a Protestant Bible. And sadly, most Protestants haven’t even heard of the Geneva Bible – which is the Bible of their own heritage and produced by Protestant leaders like John Knox, John Calvin, John Foxe, Myles Coverdale, and others.

In its commentary notes, the Geneva Bible declared the Pope an “antichrist.” Consequently, it was obvious that Queen Mary won’t tolerate it or the people behind it. Yet, there’s no denying that this Bible was revolutionary. Perhaps this is why there’s a steady demand for high-quality facsimiles of this Bible, and many buyers and dealers of the antiquarian trade look for reproductions of the 1560 Geneva Bible for sale.

Chocolate Are The Symbol Of Love And Affection