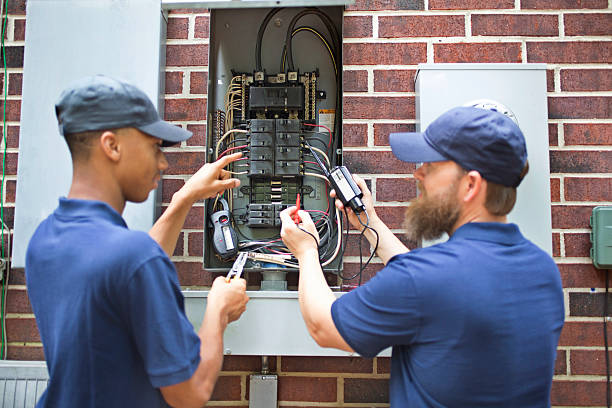 What are electrical power transformers?

Electrical power transformers are devices used to convert electrical energy from one voltage to another. In most cases, these transformers step up or step down the voltage, depending on the desired output. They are usually used in industrial motor control applications and come in various sizes and configurations. The basic principles of electrical power transformers involve the use of electromagnetic induction. An alternating current (AC) is applied to one coil of wire that is wound around a metallic core. This induces a current in the secondary winding which is then connected to the load. The secondary winding has a different number of turns than the primary winding, so the voltage is either increased or decreased, depending on the configuration.

The transformer can be used for multiple purposes such as increasing or decreasing voltages, isolating circuits from each other, or providing an isolation barrier between two systems. Power transformers are also commonly used to change the frequency of AC currents, which is useful in power plants and electric grids.  These devices are incredibly versatile and reliable, making them an essential part of many industrial processes.

How do they work?

Electrical power transformers are an essential component in the industrial motor control systems that regulate the flow of electricity from a power source to other parts of a system. They work by taking alternating current (AC) from a power source and transforming it into a different voltage or current value.  Transformers work on the principle of electromagnetic induction, which states that when a magnetic field is generated around a conductor, an electric current will be induced in the conductor. Power transformers use two or more coils of wire wrapped around an iron core to create this magnetic field and induce the desired electric current in the secondary winding.

The number of turns in the primary coil determines the voltage output,

while the number of turns in the secondary coil determines the current output. By varying the number of turns in each coil, the transformer can be tuned to provide any desired voltage or current output. Power transformers also contain an insulating material between the primary and secondary windings, called an insulation barrier, to prevent the currents from shorting out and producing excessive heat. This insulation barrier also helps reduce electrical noise in the system.

What are their benefits?

Where To Buy Rhude Hoodie Online

Tiger Shroff Height – Learn About His Height, Weight, Net Worth, and Religion