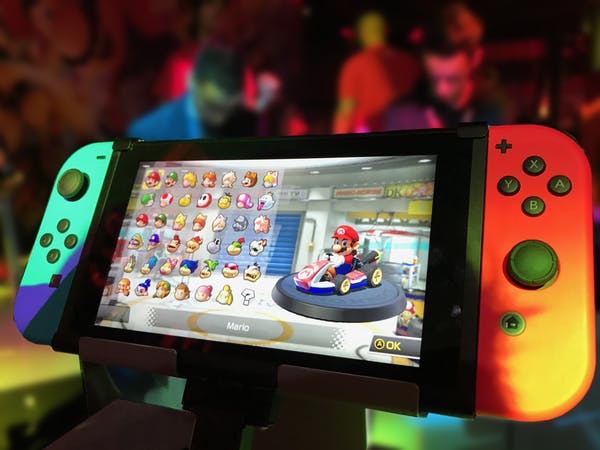 Finding cool games to play with your kids can be hard, especially when you need to stay within age-appropriate boundaries and avoid violence. Luckily, there are plenty of online options available that let you play games together even when you’re miles apart from each other! Here are the coolest online games for kids that you can use this summer!

Developed by Tiny Lab Productions, Royal Story is a Sims-like game that allows players to customize their royal family and experience royal life in a fantasy world sgroupp. The Sims-like mechanics make gameplay approachable, even for those who are unfamiliar with online games. Additionally, Royal Story’s gentle tone is accessible and fun for younger kids—older kids will enjoy crafting a story full of drama and adventure. The game also features multiple subplots, allowing you to direct your character down one path or another as you see fit. For example, if you want your character to be a powerful ruler who marries for love instead of power, you can do that. If you want them to focus on building up their kingdom and becoming more powerful, there are options for that too. With hundreds of quests available across six different kingdoms, there’s no shortage of ways to play. Overall, Royal Story offers an immersive online gaming experience without being overbearing or complicated. It’s perfect for gamers looking for something new and exciting but don’t want anything too challenging or intense.

If you have kids, chances are they are always begging you to play their games. Animal Jam is a fantastic browser-based game where your child will adopt one of six animal avatars and interact with other users. As they go through different environments (like Wild Woods, Bunny Burrows, and Frozen Tundra), they can pick up items that allow them access to areas that can’t be accessed by everyone. The game is available in English as well as German, Italian, Spanish, French and Portuguese. There’s even a mobile app that gives players access from anywhere at any time – just beware that there’s an annual fee of $4 per month after a 7-day free trial period. Children ages 8 and older can safely play without supervision. A Kid’s Guide to Minecraft: How to Build: Minecraft is arguably one of the coolest online games out there. Players explore different environments by building anything from simple shelters or homes to grand structures like pyramids or castles. Like most online games, there are certain ways you should teach your children about using it so that it doesn’t get ruined for everyone else or get into places it shouldn’t be going.

The best thing about Skylanders Imaginators is its unshakable focus on creativity. Each Skylander you play as has their own custom moves that players can trigger using special accessories or items, adding even more versatility and customization than in previous games. Beyond that, though, Imaginators gives players a blank canvas by allowing them to create their own characters with a simple but fun mechanic: Players assign elemental attributes (air, fire, water, earth) and a catchphrase before giving their creation a name and putting it into action in-game. If you’re looking for an imaginative game that lets your kids express themselves through gameplay, look no further than Skylanders Imaginators.

The newest augmented reality game craze is not only a big hit with adults but also makes a great option for kids. Pokémon GO blends a familiar format (gotta catch ’em all) with gameplay that anyone can enjoy. Players are encouraged to get outside and walk around their neighborhood or city and capture as many Pokémon characters as they can find. All it takes is a device that runs either iOS or Android, along with Google Maps and some patience. It’s also free—which means you have no excuse not to download it and give it a try! And if your child prefers playing games on a console, there are plenty of options available. If he or she enjoys sports games like Madden NFL 17, then check out EA Sports UFC 2; if your child likes action-packed shooters like Battlefield 1, then go for Call of Duty: Infinite Warfare; and if your kid loves LEGO toys (and who doesn’t?), then LEGO Star Wars: The Force Awakens is worth checking out. Just make sure you set up parental controls before you hand over any gaming devices so your kids don’t play inappropriate games or access content online that could be harmful to them.

It’s no secret that kids are always on their phones or tablets, which means they’re also probably playing a lot of games. Roblox is an online sandbox game that lets them build worlds and play in it with their friends—or even complete strangers. There are hundreds of thousands of different games within Roblox, making it incredibly fun and unique. Plus, there are millions of user-created games so you can be sure that there will always be something new and entertaining to keep your kids busy over summer break! Free Bonus: If your kid loves Minecraft, they will definitely love Roblox as well. They have free avatars that look just like Minecraft characters so they can show off their style while playing fun games with friends! It’s easy to learn how to play Roblox and once you do, your child will never want to put down their phone or tablet again. You can download it here . (Note: Some parents may feel uncomfortable about letting their children use Roblox because it does require a login through Facebook. While we don’t recommend using Facebook for kids under 13, if you allow your child to sign up through Facebook then make sure they only accept friend requests from people they know in real life.)